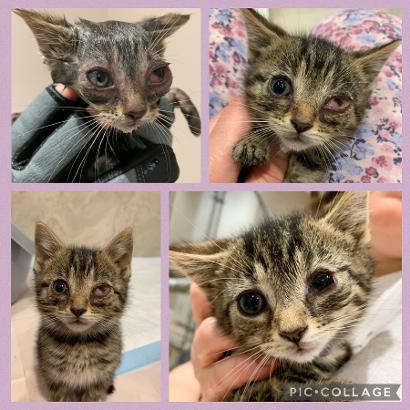 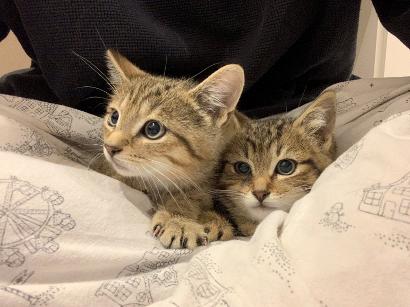 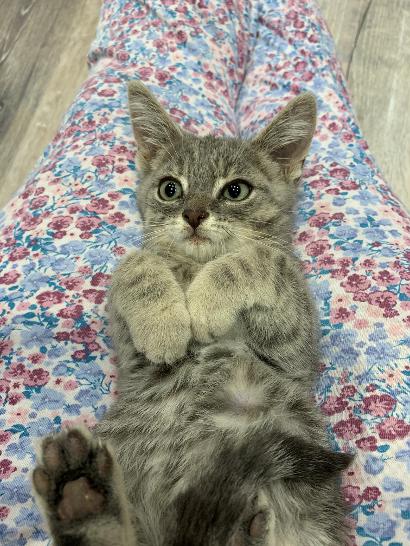 Miso was rescued from behind a Vietnamese Restaurant, hence his name.  He is approximately 1 year old and is in good health.  The person who rescued him thought he had a sweet disposition and did not want him to be released back to the site for fear that he would eventually be bitten by rats or worse.  He also did not want him to be put to sleep as he did not even have a chance at a better life.  Animal Aid was called in and he was brought to the vet where he was neutered, given all his shots, dewormed and groomed to remove any fleas.  Miso is no longer trying to survive the harsh streets and weather all alone.  He is happy, healthy and in foster care, along with his foster siblings waiting for his own loving home.

We thank BINGO WORLD, because of the money raised from them, we are able to help animals in distress like Miso.

This Fella is approximately 10 years old.  He was rescued from a cat colony.  From the moment he was brought inside, he knew he was rescued and safe.  Ernie's had a hard life.  The vet said he was infested with fleas and had lots of fight wounds.  Ernie has no teeth, you see he has never had proper nutrition and has been in many fights over the years.  He has had to chew on hard objects just to stay alive.  He will now have a proper diet and he is having his mouth taken care of.  His wound has already started healing.

Ernie has a lot of TLC (Tender Loving Care) instore for him now.  He will never need to endure the outdoor life again.

Peaches was a street cat that was being fed by a kind homeowner.  She was suffering from malnutrition and was always hungry.  It soon became visibly evident that she was pregnant.  This poor sad little cat was not even a year old herself.  A local trapper was contacted and provided the homeowner with a trap.  This little cat was very trap savvy, and by the time she was caught, she was about to have her litter.  A few days after being placed into foster care, she gave birth to 6 Stillborn kittens.  There is a picture of one of them beside her.  I did not have the heart to show the other stillborn kittens to you.  If she would still have been left outside, she could have suffered mastitis and gone untreated and suffer needlessly.  Because she was not nursing, she would have gone into heat and most likely gotten pregnant again.  This is a terrible vicious cycle which really needs to be addressed.

Peaches is ok and will be getting spayed next week.  She will finally find her indoor forever home and be loved for the rest of her life.

Animal Aid has stepped in to cover all her vet bills.  We work with compassionate people like the trappers, foster people and kind people like the homeowner that give cats like Peaches a chance at life.  There is so much suffering out there, that if we can make one life at a time better, we will keep trying.

A great big thanks to Bingo World, because of their help we can keep doing what we do.

A homeowner reached out to the rescue group that Animal Aid has been supporting, about a cat that she had been feeding outside and that appeared to have an injured leg.  She had been feeding him for years and she said that he had fathered many kittens.  Two regular traps were set up near his feeding and  shelter location, but it did not work.  Then, two alternative traps were set up with remote controls.  These were being monitored through apps.  It took a week and a huge team effort to trap him.  Thanks to this caring homeowner, who saw him eating in the trap, pushed the remote to keep him in the trap.  When he was taken inside, it was discovered that he was actually very friendly and liked other pets.

With the assistance of Animal Aid, on Monday he was taken to the Vet. They said he was approximately 6 years old, had fleas but his overall body condition was good.  On March 21 an Xray of his leg was taken.  It was dislocated and he needed surgery.  I can not imagine the pain he must have endured.  On the 24th he was neutured and had his leg corrected by an Orthopedic surgeon.

He is currently doing very well and is happily recovering in his foster care waiting for a forever home.

It does take a village to help these poor abandoned animals who fight the elements and surroundings to survive.  The lucky ones get rescued.

A big shoutout to a good hearted lady who fed him and helped rescue him, to our rescue team who are on call and out there anytime day or night, to Animal Aid for their support, and last but not least to Bingo World for their big support that enable us to do what we do rescuing animals. 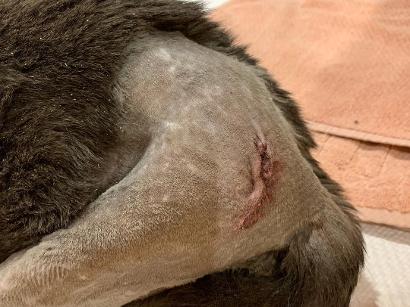 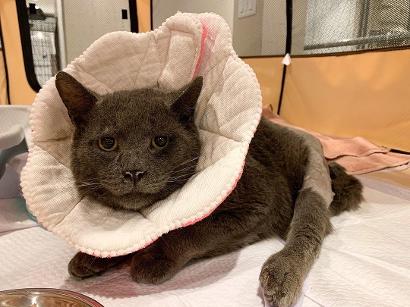